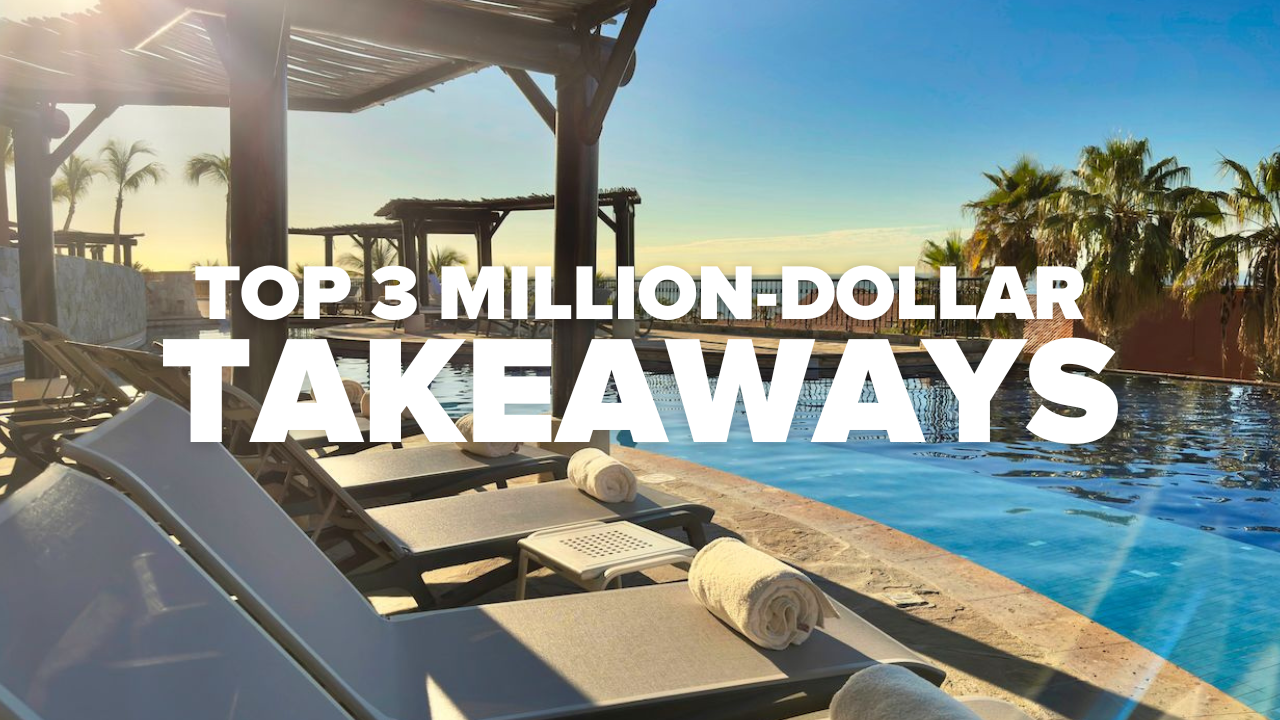 I traveled 2500 miles to host a session at CaboPress—an exclusive invite-only biz conference in Mexico...

What is CaboPress? It’s one of those events you look forward to every year because:

In short: it’s going to ruin every other conference for you. Instead of full days with sessions, you meet for half the day. Instead of meeting it in conference rooms without windows, the sessions are poolside (check out the pic below). And instead of people talking at you, everyone participates in conversations.

(If you want to learn more about it, check out CaboPress.com and tell Chris I sent you!)

Alright. Enough gushing. I want to give you the meatiest nuggets from some of the other hosts. Here are my top 3 takeaways from the event. 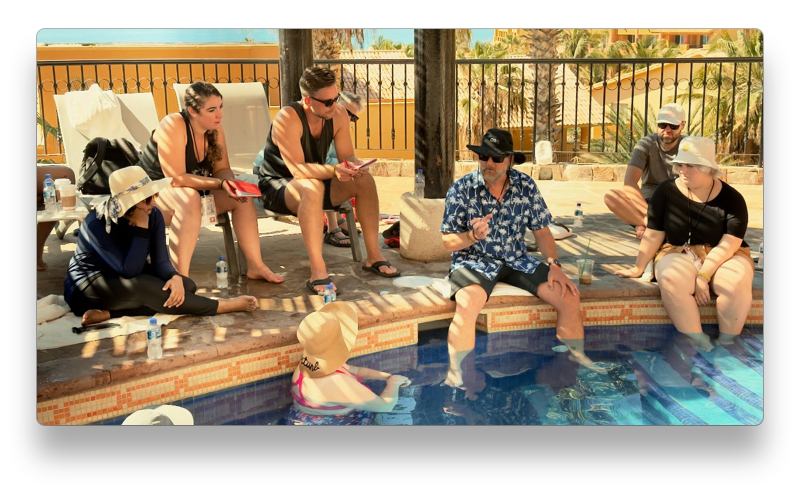 "If you have credentials, but no influence, your authority will never be fully activated." – Brian Clark (Founder of Copyblogger)

If you've ever felt like an "invisible expert" — this is why. It’s because you have the credentials…but no influence.

This makes everything more difficult. And it’s the primary pain point I hear when talking with gifted, smart, and driven entrepreneurs. The problem isn’t lack of knowledge. The problem is lack of authority–people don’t believe your knowledge is valuable.

It’s why two people can say the exact same thing and one gets ignored while the other is lauded. 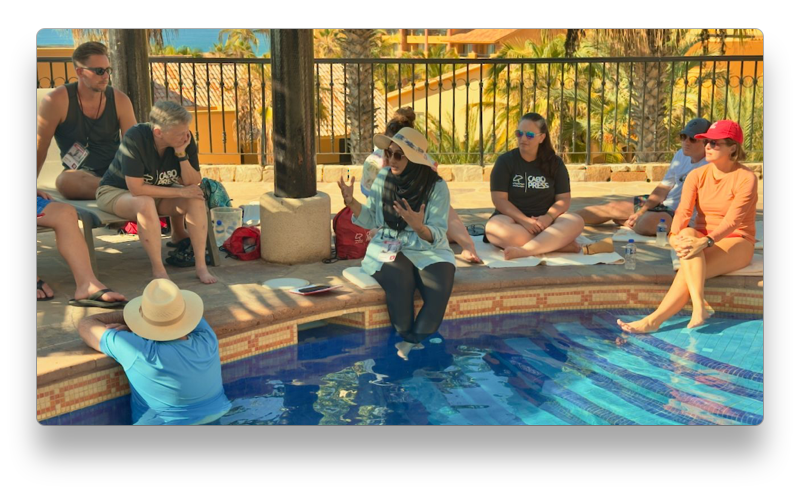 Samar rocked my world with her email marketing guidelines:

As someone who sends an email to a list of people nearly every day, I had never even considered point #4. Think of how much opportunity there is in simply asking someone, “hey, you didn’t do this thing I was hoping you’d do – but I’d love to know why so I can serve you better the next time…mind sharing?”

She also hit me with this stunner of a stat:

Every $1 spent on email marketing has a potential yield of $42 in return. $1 goes out. Up to $42 comes back. Even if that stat is one-tenth true, email marketing is a medium that deserves our attention.

(So excuse me while I send another email to my list!) 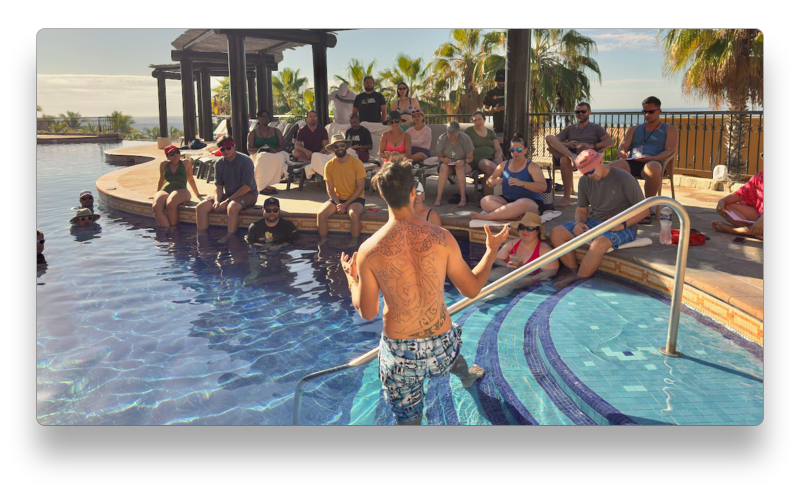 "Life is easy when it's simple. It's keeping it simple that is difficult." – Mike Killen

Replace 'life' with 'marketing' and you've got a formula for a 7-figure business. Not to mention a 7-figure life! Mike’s talk was one part inspiration, one part ass-kicking.

Mike shared his story of a scary brush with cancer. I won’t do it justice, but let’s just say he was physically unable to work for almost a full year. He had to keep his business going. But instead of doing more he did less. A lot less.

So he chucked everything that wasn’t mission critical. Empowered his team to take the reins. And while he focused on getting healthy…his business grew. And not by a little. In the year he was off, the 5x their revenue (...or something pretty close to that–can’t remember the exact figure because I spilled a Bloody Mary on my notebook!).

Out of everything I took in at the conference, Mike’s quote stuck with me the most.

I'm still thinking about it.

BONUS: 4 Ways to Get Paid 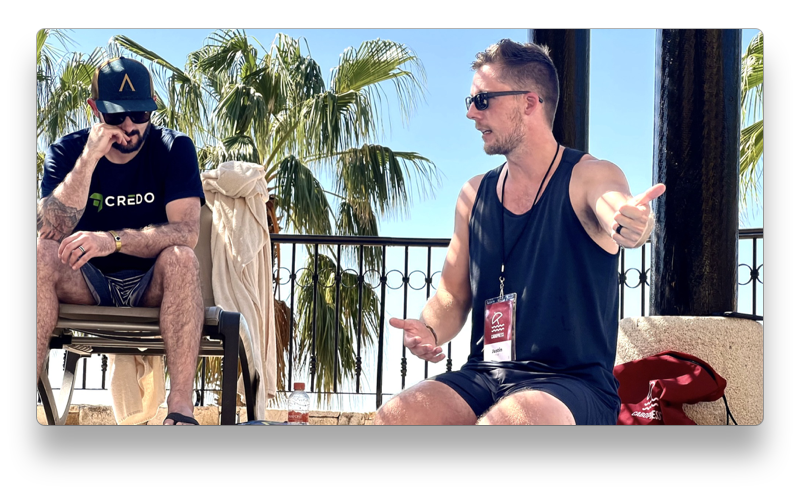 My poolside session was built around the 4 ways to get paid:

If you’re in the workforce, you’re likely already getting paid for what you do. This is 98% of most people (which is why most people are broke). Push buttons. Pull levers. Easy.

Getting paid for what you know is the next level. You’re collecting income from pushing buttons and pulling levers, yes. But you’re also getting paid for knowing how to accomplish those tasks.

Paid for how you do something? That’s where things get interesting. Even if you’re in a super-crowded niche, there’s a specific way you do it. No one else. Your personality, wits, experiences, and skills all mesh together into how you do what you do. It’s your secret sauce.

Incorporate as many ways as possible into your offer stack.

Virtual events are great. But getting to CaboPress every year reminds me how important it is to be in the same physical space and time with like-minded individuals.

When you’re ready, here’s how I can help you:

Contrast, Don't Comply. I'll Teach You the Wisdom of Doing Different & the Folly of Following the Status Quo.

We hate SPAM. We will never sell your information, for any reason.

Join 7000+ subscribers already benefitting from The Different Weekly. Sent with love every Friday.